December 9, 2021 – D. Pal Singh is a new franchisee of CENTURY 21 Realty Heroes Inc. Brokerage, in Brampton, ON. He started as an independent brokerage owner in 2019 and with quick-growing success, D. Pal decided to join CENTURY 21 Canada for their support and tech tools to continue to build upon their achievements. D. Pal has been in the real estate industry for almost 20 years, working as a sales representative for over six years with CENTURY 21 Canada, and it has always been his passion.

After coming to Canada in the late ‘90s, D. Pal decided to combine his entrepreneurial spirit and experience from his family’s real estate business in India and pursue a real estate career. During a brainstorming session with a creative friend, they came up with “Realty Heroes” as D. Pal was a superhero when it came to helping his clients buy or sell their homes. His Superman marketing became iconic in Brampton with people doing his signature hero pose anytime they would see him or his branded car. Because of the brand’s success within his market, D. Pal decided to use the name when he opened his independent brokerage in 2019.

In only two years, the Realty Heroes team became very successful but found they were starting to hit a ceiling and planned their move to CENTURY 21 Canada. “We wanted to create an office which has the best technology as that is one of the most important things in today’s real estate market. We want to allow our agents to be successful, so we joined CENTURY 21 which has the best-in-class technology,” says D. Pal.

CENTURY 21 Realty Heroes Inc. Brokerage opens its doors in the first week of January 2022. They currently have 14 agents and intend to grow with a revamped business plan, new partnerships and much more. This brokerage will have the leading technology, marketing, and support tools, and the office is designed to help motivate agents to improve their production and reach their goals. “Each wall features a motivational quote and helps contribute to our culture.” D. Pal adds, “Our atmosphere is not like any other real estate office. We have a great group of like-minded individuals who all help and push each other to be successful.” 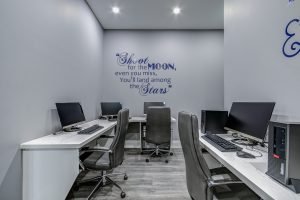 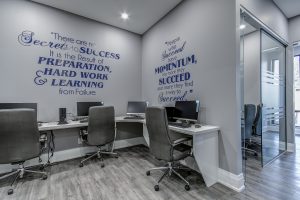 “Welcome D. Pal and the Realty Heroes team to CENTURY 21 Canada,” says Brian Rushton, Executive Vice-President of CENTURY 21 Canada. “With his passion for real estate and extensive experience in the industry, we know D. Pal will continue to build upon their success and provide the gold standard level of service to the Brampton area.”