October 13, 2021 – Two members of CENTURY 21 Creekside Realty Ltd. ran in support of B.C. Children’s Hospital. Sales rep Jayden Lee and C21 Creekside Realty owner Cameron Van Klei started at the C21 office in Chilliwack at midnight on October 2 and ran 103km to B.C. Children’s Hospital. Their endurance was put to the test, but they were able to complete the run in 11.5 hours, excluding break times, and beat their fundraising goal and raised $125,367.72 while lifting patients’ spirits along the way. 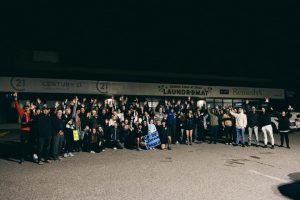 The effort has a personal connection for Lee. Jayden was diagnosed with Acute Lymphoblastic Leukemia in 2015, when he was 15 years old, and completed his chemotherapy in 2018. “I wanted to give back to the hospital that helped me through the difficult three and half years of treatment,” he says. During a late-night brainstorm, Cameron mentioned the idea of running to the hospital, and they both laughed it off as Jayden knew how long the trek was from the numerous drives from Chilliwack to Vancouver during his time as a patient. The next morning Jayden tried a 10km run and was sold on his friend’s crazy idea.

Cameron and Jayden first met at a CENTURY 21 Creekside Realty Ltd. career night and quickly become good friends. Although Jayden originally wanted to pursue a career in nursing after seeing first-hand all the amazing work they do, he didn’t have enough volunteer hours due to his time in the hospital. While working towards completing it, Jayden’s father mentioned the C21 Creekside careers night, knowing his son had always been interested in real estate. Jayden attended and quickly realized helping people find their forever homes was his true calling. He completed the REALTORS® course right out of high school and joined the CENTURY 21 Creekside Realty Ltd. Team in 2018. 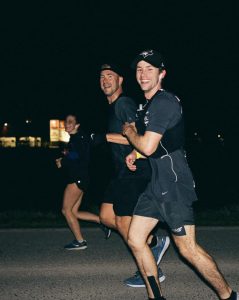 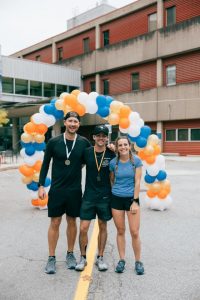 Training for the journey was essential as neither of the men were long-distance runners. Starting January 2nd, they followed a strict training guideline that Jayden’s grandmother, a Boston marathon runner, had created specifically for them. Their preparation had many setbacks, including Jayden being out for about two and half months due to a knee injury. But that did not stop him, once he was healed, he completed a 31km, 42km, and 60km run in three consecutive weeks. Cameron also suffered a knee injury and after 72km, had to bike a portion of the 103km run to give the injury some rest.

Although the training and run were both physically and mentally demanding, Jayden and Cameron both had plenty of motivation to keep them going. “Being able to say that I spent three and half years at Children’s and was able to run from Chilliwack to Vancouver was just one of the things that motivated me,” says Jayden. On the day of the event, family, friends, supports, and patients created signs and cheered the runners on in their last kilometers. Children who couldn’t go outside supported from their hospital windows and lined the route with their pictures and treatment stories to help motivate Jayden and Cameron through the finish line. Cameron shares, “I really underestimated how much hope Jayden’s story brought to a bunch of the kids.” 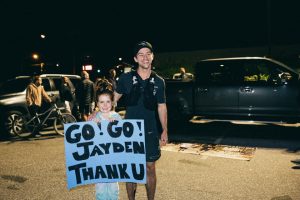 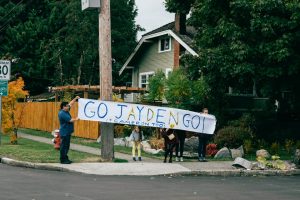 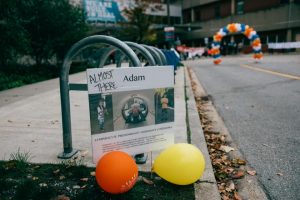 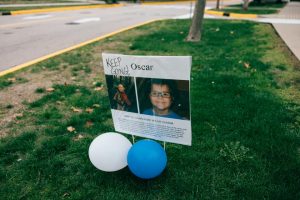 “‘Make everyday count’ has been CENTURY 21 Creekside’s motto for years and that’s really what this whole run was about.” Jayden adds, “I think it’s important in life to do things that are out of your comfort zone and scare you because that’s how you grow. I never knew I was capable of running over 100km, but I do now, and I grew a lot as a person along the way. I feel like I was given a second chance on this earth to use my story to help others and show these kids that you can do anything you put your mind to.”

The money raised will go toward life-saving medical equipment and research for childhood illnesses at BC Children’s Hospital. 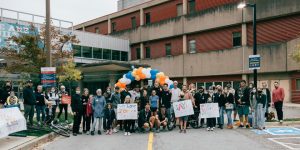