July 13, 2021 – Kerry Pfannmuller, the owner of CENTURY 21 Leading in Spruce Grove, Alberta, is acquiring CENTURY 21 Evolve in Edmonton, after the unfortunate passing of the previous owner, Dan Gitzel. Kerry always had the vision of expanding into the Edmonton area, and when the Gitzel family asked him to take over, it was an opportunity he could not pass up.

“I plan to bring the same level of passion and care for the REALTORS® that Dan did. He was deeply respected by his agents and I want to continue that feeling in the new office,” says Kerry. He has already updated the office with new technology, signage and furniture, so agents are proud to bring clients into the space.

Pfannmuller is well established in both real estate and the Alberta market. In 2008, he decided to utilize his 10+ years of real estate experience and acquired  a brokerage with another brand.  He started with only five agents then grew to ten agents when they merged with another office in 2017.   In 2018, Kerry switched to CENTURY 21 Canada and has since built the office to 38 realtors. He has no plans to slow down– with all 16 agents from CENTURY 21 Evolve joining his company, he’d like to continue his growth to have 70-80 agents in the Edmonton office alone.

Kerry has no worries about meeting this ambitious goal, saying “CENTURY 21 is the best-kept secret in the industry and I want to help people see that. When I was affiliated with another brand, I could never recruit a C21 agent and now I know why!” CENTURY 21 sales reps get a free CRM, website, presentation tools, a Marketing Centre that allows agents to show off their properties with a click of a button, and much more.

Because of all the tools, Pfannmuller has a concierge to efficiently onboard new agents. The concierge spends time setting up agent’s profiles, websites, tech platforms, and more. They also teach agents how to use all the provided tools so that they have no downtime when switching from another brokerage.

Additionally, Pfannmuller has two certified coaching licenses and will incorporate their thorough training into the new office. His goal is to educate and provide the tools so the agents can increase their productivity, reach their goals and be successful from day one.

Although CENTURY 21 Leading’s expansion is due to an unfortunate event, Kerry’s passion and relentlessness will continue to drive the success Dan started with CENTURY 21 Evolve of providing the gold standard of real estate to the Edmonton area. 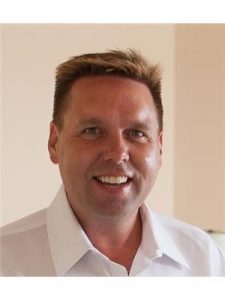