March 15, 2021— Red Deer – With 110 years in real estate, CENTURY 21 Advantage in Red Deer, Alberta is celebrating its deep roots within the community. Owner Patrick Galesloot hopes to honour the past while growing his company to meet modern needs. “Our goal is to connect with the community in a new way,” he says.

To kick off their 110th year in real estate, CENTURY 21 Advantage moved into a new office space. The locally owned building, Century Centre- formerly the Eaton Centre building- is a heritage building in the heart of downtown Red Deer.

The new space is, in part, to recognize the central role real estate has played in the company’s history. In 1911, local businessman W.J. Botterill opened his first office to take advantage of Central Alberta’s impending real estate boom. With immediate success, Botterill partnered with two associates to form the real estate company Latimer, Botterill, and Hill. The office continued its success and growth throughout the years, changing owners as needed and, in 1976, joined the then young and quickly growing CENTURY 21 brand.

Galesloot has owned the company since 2009, buying the company from his parents, although he’d never imagined following their footsteps into real estate. After graduating university with a Bachelor of Commerce with a specialization in Marketing, Galesloot began his career in the restaurant industry. He realized this work wasn’t his passion, and when his parents suggested real estate, he found his true calling.

In 2002, Galesloot became a licensed REALTOR®, before becoming the owner and broker of record of CENTURY 21 Advantage in 2009. He continuously builds upon the company’s long-founded success by keeping their focus on what they love to do – helping people buy and sell real estate. “Since joining the C21 family it has been nothing short of amazing,” says Patrick.

Their new location in the revitalized downtown area is the newest chapter of the storied business. The vibrant and full of character office will house the 23 commercial and residential agents once COVID safety measures allow.

“When clients come in, we get lots of positive feedback on how the longstanding-building has been maintained,” says Co-Owner De Galesloot. “We take pride in supporting locally sourced, supported and operated businesses to meet all of our business needs. This building and move are exactly what we wanted when we chose a new spot.”

CENTURY 21 Advantage is proud to be locally owned, locally operated and Red Deer-focused and is excited to continue providing the gold standard service for the next 100 years to come. 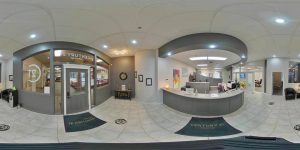 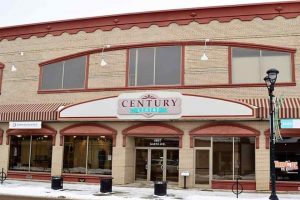