Despite the pandemic, agents at CENTURY 21 Millennium continued their participation in an annual fundraiser for children at Easter Seals Ontario. The Celebrity Hockey Classic Series is a friendly hockey match on local ice rinks with former professional hockey players. Despite no actual game being played this year, the NHL super stars showed up via Zoom to help motivate fundraisers.

C21 Millennium offices in Collingwood and in Brampton each had a “coach” to lead their teams and were able to exceed their fundraising goal of $7000 to more than $8200—the top fundraiser at the event. That’s an exciting achievement because it means they will get first draft for next year’s event and they will have their choice of hockey legends when the event returns to the ice (hopefully).

All the money raised from the Celebrity Hockey Classics event goes to children from their own local communities which is especially important to the group. Easter Seals had set a goal of raising $600,000 for the event and surpassed that by over $20,000 with the help of so many generous donations.

For the past 20+ years the Century 21 Millennium agents have raised money during this event and donate a portion of proceeds with every home sold to Easter Seals. With 5 offices, and 220+ agents in Brampton, Orangeville, Collingwood, Wasaga Beach and Thornbury, the Century 21 Millennium family is committed to these children and committed to the communities they serve! WELL DONE TEAM C21 MILLENNIUM!! 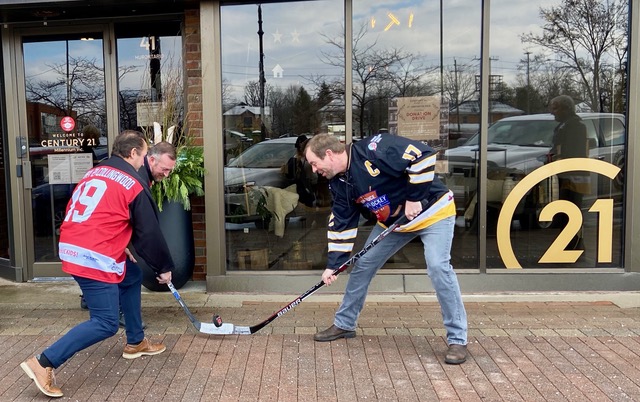 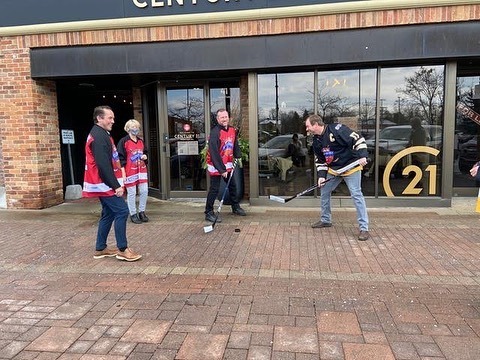